ALTHOUGH studying at Stellenbosch University was a pleas­urable experience and, in a sense, a welcome break from three years of cross-border reconnaissance missions, I found that my passion was elsewhere. I felt the call to join the Recces, and realised after a year that I had been away from the books on military call-ups once too often.

One morning, while my fellow students were wrestling with Greek and Hebrew in class, I drove to Gordon’s Bay and spent the rest of the day on the cliffs above the sea. While huge waves rushed in and broke on the rugged rocks far below, I peered out over False Bay and came to a decision.

No longer would I resist the nagging sensation that I belonged elsewhere. I would quit my studies, apply for Recce selection and commit myself to a career in Special Forces. There would be no turning back.

The first thing I did when I got back to Stellenbosch was to phone my dad. While I knew that he would be deeply disappointed, he did not say anything. He only asked if I had made up my mind and if I was dead sure. We spoke at length, and in the end I had the peace of mind that my father would stand behind me and support my decision.

The Special Forces pre-selection programme was a week-long series of tests done at the South African Medical Services Train­ing College in Pretoria, where about 300 hopefuls gathered from all the arms of service across the country. Pre-selection was virtually a selection in itself. To thin out the field, the physical tests were concluded first. These consisted of a battery of fitness tests (six different PT tests done in quick succession), a fifteen-kilometre hike with kit and, finally, a range of bio­kinetic tests in the gym. This was followed by a full medical examination and a series of psychological and aptitude tests.

We stayed in the barracks of the medics’ training college, where I had a bizarre experience with a guy whom I had met on the first day during the initial admin phase. Peter was a lieutenant from the Air Force’s security squadrons – tall, handsome and with distinct athletic features. He had huge calves and a torso like a gorilla’s – the kind of physique I knew I could not compete with. He was also an exceptionally jovial and easy-­going person, and everyone took an immediate liking to him. For some reason he latched on to me, and we ended up sharing a cramped room in the barracks.

After the medical and biokinetic tests, Peter boasted about his performance. According to him, one of the pretty young nurses commented on his abnormally large chest capacity, apparently just the right thing if you wanted to become a Special Forces diver. His fine figure had clearly made an impression on the medics, since they were already referring to him as the “Air Force Recce”. Little did I know that my roommate would apply his skills in other related diving spheres. That night he sneaked a girl into the barracks, and had her screaming in ecstasy on the bed barely half a metre away from me, with no shame or consideration for the other person in the room. With the erotic aromas in the air and the hushed panting and the vibration of passion, I had my own little fantasy adventure.

As soon as we heard that we had passed the test series, we were to report to 1 Recce in Durban. Of the initial 300 candidates who reported for the tests, 30 were found suitable to continue with the Special Forces selection. Peter did not make it and I never saw him again, but strangely enough the memory of that one night has stayed with me.

And so I began a whole new chapter in my life. At the end of May 1983 I drove down to Durban in my little Toyota Corolla, and passed through the gates of 1 Reconnaissance Regiment – known simply as 1 Recce – on the Bluff. Here I was at the epicentre of Special Forces training in South Africa, the very heart of the elite. I didn’t know what to expect. I moved into the officers’ mess and was, to my surprise, treated by all the mean-­looking Special Forces officers as a fellow human being!

Within a week we moved to Dukuduku, a training area close to Lake St Lucia in Zululand, for Special Forces Orientation, a five-week preparatory course before the actual selection. The aim of this course was to level the playing field, since candidates came from all sorts of backgrounds, from all the different arms of service and even from civilian life. The programme was aimed primarily at building up strength and fitness, but it also addressed the elementary military skills of musketry, map reading and navigation, basic fieldcraft, communications and weapon handling.

During one of the communications classes where we practised Morse code, a fellow student called Werner, who had a rather pronounced stutter, became the target of our instructor, Taffy. He started barking out the letters of the alphabet to the class, then pointed at someone to respond to the “Alpha?” or “Bravo?”, or whichever letter he chose to spit at his victim. The poor bugger at the receiving end then had to respond with the Morse equivalent, namely, “dit-dah” or “dah-dit-dit-dit”.

Everyone waited in anticipation for Werner’s turn. And, sure enough, when Taffy attacked him with a vicious “ALPHA?”, Werner rose weakly from his desk and started stuttering, “dit-­dit-dit…”, to which Taffy responded by screaming, “Sit down, you fool, it’s only one ‘dit’!” Everyone roared with laughter and Taffy had to stop the lecture for us to come to our senses.

Each week we walked progressively further and with a heavier pack, and the PT became more strenuous by the day. At the end of the programme eighteen guys were left from the original pre-selection group. We were in top shape and in good spirits. No selection could stop us now!

The Special Forces selection course, also presented in the Dukuduku State Forest, was intense, but it was way too short for me to ever think of giving up. In addition to the eighteen candidates who had passed Special Forces Orientation, eleven medical doctors were earmarked to do the selection with us.

In 1983 the demand for qualified doctors during special operations forced the authorities to allow doctors to join Special Forces – and do the actual selection – while doing their national service. Once they passed the selection, they would do selective Special Forces training so they could be deployed on certain special missions. As an incentive, they could work in a hospital of their choice after completing their national service to specialise in a specific field of interest. Many of the young doctors doing national service saw this as a way to advance their careers, and did not mind sweating a bit of blood to make it happen.

Over three days we were exposed to a series of the most strenuous physical exercises – intended also to be psychologically taxing. One particularly challenging test involved a team of five having to carry a fuel drum filled with water over a distance of 12 km. The team had to improvise a way to carry the drum using two logs and some rope. Since two of the guys in my team were tall, they took one end while the shorties (myself and another midget) took the other. It was up to the team to decide how to rotate the fifth person. The shorter guys ended up taking most of the weight. This was character-building stuff, as we were also carrying our full kit and rifles. The end never seemed to come.

There were other exercises, like Octopus and Iron Cross, that were physically quite tough, but since they were all group exercises I found them relatively tolerable. For me the only really demanding test was the interrogation phase, towards the end of the course. The instructors concocted a devious plan to capture us, one by one, as we patrolled through a stretch of thick undergrowth. With our arms tied behind our backs and our faces hooded, we were transported to the base where the “interrogation” commenced – and lasted throughout the night.

I was expecting this, but nothing had prepared me for the shock of the extreme cold. My clothes were removed and I was tied to a post on a bare gravel surface. Then the agony started, as some sadist kept pouring ice water over me. At about midnight I discovered that I could retain some body heat by lying flat in the mud that was forming beneath me, and by keeping my legs closely pressed together. But my tormentor had obviously seen this trick before, as he ordered me onto my hands and knees. By kicking my legs open, he could shoot buckets of icy water up my backside – right up into the core of my body where I kept the last warmth, and where he knew it really mattered.

Relief came in the form of the interrogation sessions, where they placed us one by one in front of a blinding white light while an interrogator peppered us with nonsensical questions. Since the movement had warmed my numb limbs and the rays of the light were pleasantly warm on my naked body, I found this quite a treat and tried to extend my time with the interrogator by babbling on and on. This was subsequently held against me: my report after the course stated that I might be a security risk as I was “prone to giving secrets away”!

The South African Recce selection course in those days was known to be physically extremely demanding, as the weight of the equipment and the distances covered were beyond the abilities of the average soldier. But, indeed, so were most of the Special Forces operations executed at the time. The purpose of the programme was to select the very best – those who showed the physical and mental stamina to cope with the demands of operations deep inside hostile territory.

Over the years it was often asked whether the rigorous Special Forces selection process didn’t eliminate candidates who might not have had the physical ability but who could have been assets in other respects. To me this was no argument, since I believed that physical endurance and mental ability went hand in hand. And in any event, I felt that the psychological pressures during those few days were the proverbial “cup of tea”.

In my opinion three aspects made the selection relatively easy compared to my first selection at 31 Battalion a few years before. Firstly, everyone knew that it would be over in three days, as the same pattern had been followed in previous selection courses. Secondly, all the exercises were done in teams, which ensured that you consistently had a measure of peer support. Thirdly, we had an audience all the way through; the constant presence of psychologists, medics, instructors and operator-evaluators probably inspired many of us to keep up the performance.

After the Special Forces selection was completed, eleven of the original 300 candidates were left. I had a strange sense, similar to that when we finished the 31 Battalion recce wing selection, that the programme should have lasted another two or three days – to sort out the borderline cases that were not meant to become Recces. I was convinced that a few of my comrades made the selection purely on peer support. Had their buddies given up, they would not have seen the end of selection either. 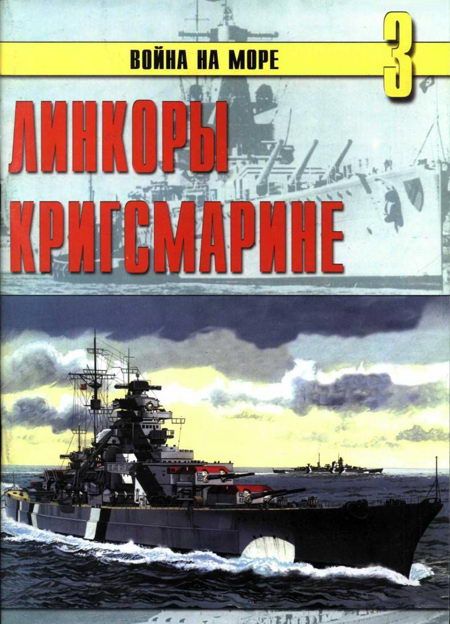 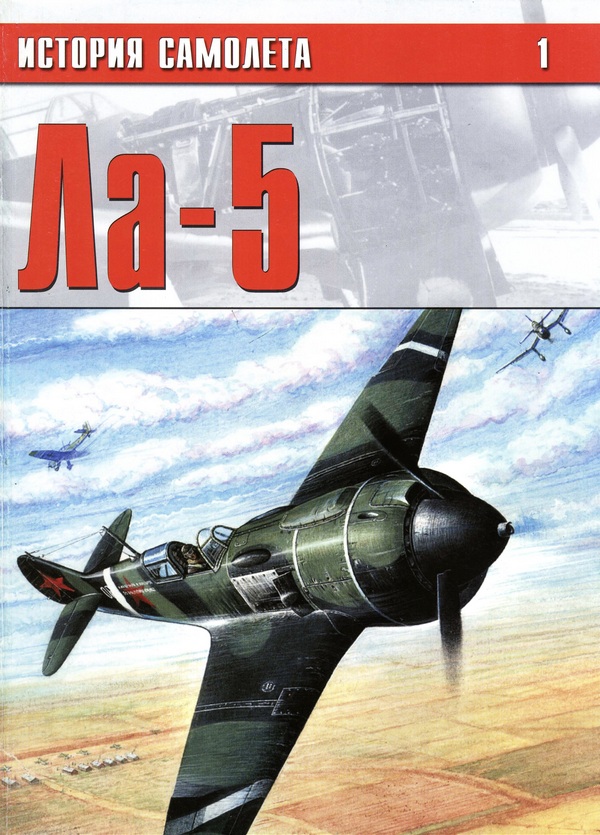 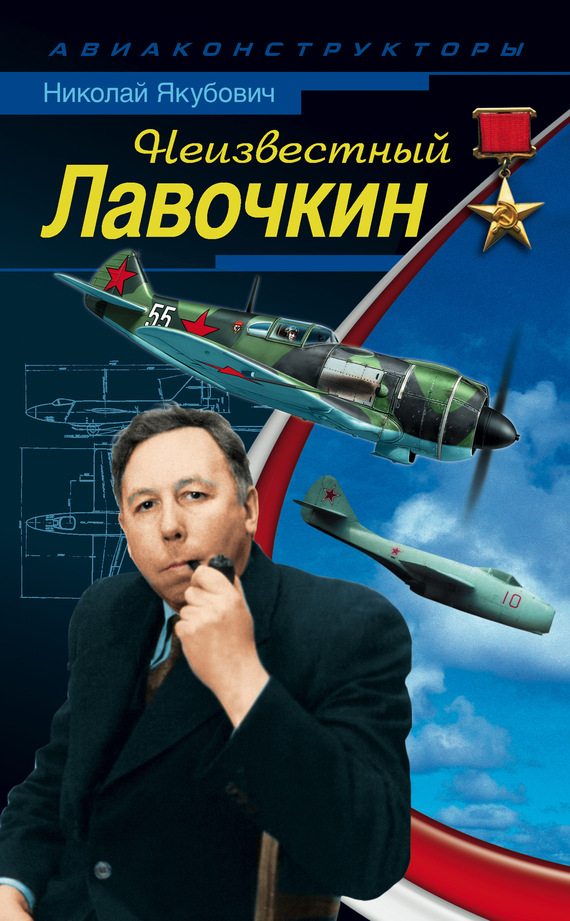