Any system which emits electromagnetic energy can be tracked and geolocated with great precision. That is how your cellphone is able to determine your location. All militaries have an interest in determining what forces are situated adjacent to their borders. It is a natural and reasonable response for Russia to locate and identify weapons systems operating on its western borders just as it is natural and reasonable for NATO to seek to identify Russian forces.

Image 8-B is based on information publicly released by the Russians. The green shaded area represents the 140 km radar range of a Buk primary search and acquisition radar located in Styla, south of Donetsk. The shaded circles indicate the range of three UAF Buk missile TE LARs located within range of the flightpath of MH17. The range of the primary search radar compared to the 42 km range capability of an individual TELAR is immediately obvious. Despite this extended range, MH17 would have transited the green shaded radar search zone in under 9.5 minutes.

Image 9 presents a detailed close up of three Ukrainian Buk positions within range of MH17’s course. Each position was triangulated by range and bearing from the data supplied by the Russian Federation in its July 21st presentation. The resulting positions were then transferred to the map imagery used in this post. Three Buk TELARs were within range of MH17: a TELAR at Avdiivka (Purple dot), Mayak (Green dot) and Shakhtars’k (Red dot). The Shakhtars’k emplacement is the same one shown in Image 3. All three of these positions were likely networked with the search radar in Styla and would therefore have had the benefit of the extended range and target discrimination offered by that radar.

The Avdiivka position is within range but would have engaged at the limit of its missile range. A missile fired from this position would have engaged in target pursuit and this is not an optimal firing solution. In addition, a missile fired from this position would have approached MH17 near its tail section and this area of the aircraft would have suffered the heaviest damage. The publicly available tail imagery shows the tail to be void of marks made by explosive shrapnel. For this reason the Avdiivka position is discounted.

Image 10 shows Mayak is within range but in this case the missile would approach MH17 from the beam. The midsection would suffer the greatest amount of damage. Since the missile explosion launches white hot shrapnel at the target, and a missile approaching from this bearing would explode over the wing area, it is highly likely that it would have ignited a fuel tank fire. The video imagery of MH17’s descent show no sign of flame until the moment of ground impact at which point a fireball erupts. This fireball likely resulted when the intact fuel tanks, contained within the wing structure, struck the ground, burst open, and sprayed a cloud of fuel which immediately ignited. Images from the debris field show the central section of the aircraft to have burned completely away. If a missile from Mayak brought the aircraft down it would likely have fallen in flames. The Mayak position is therefore ruled out.

This leaves the position south of Shakhtars’k shown in Image 11. This position offers an optimum firing solution as the aircraft will be approaching the launch position rather than moving away from it, thus avoiding pursuit mode. MH17 is clearly within the 35 km missile range. The missile would have approached the aircraft from ahead on the starboard side. Buk missiles are designed to explode approximately 50 feet from the target and from a position slightly above the target. An explosion in this position would obliterate the starboard side of the aircraft cockpit (It is doubtful the starboard side will ever be found) and the shrapnel would have blasted through the cockpit area and exited on the port side. This is consistent with imagery obtained from the debris field.

Image 12 has been used to support the hypothesis of an aircraft firing guns or cannon from the port quarter of MH17. This gunfire is alleged to have caused a graze across the top of the wing. This same image has been rotated to approximate the course track of MH17 which is displayed in red. Additional missile trajectory lines have have been added parallel to the original orange graze line.

It is obvious that this graze across the top of the port wind supports the hypothesis of missile shrapnel coming from a position to starboard and ahead of the cockpit. Some portion of the missile shrapnel, or part of the disintegrating aircraft fuselage, was likely driven back across the top of the wing surface and this created the wing damage that is being interpreted as a bullet graze.

The same image suggests a cloud of missile shrapnel entering from the starboard side and exiting on the port side resulting in the heavy damage observed to the portion of the fuselage below the port cockpit window. The purported 30mm cannon holes are larger than would be expected of 30mm cannon fire. It is believed that UAF SU-25 aircraft carry a mixed load of explosive and incendiary rounds. The explosive 30mm rounds would have burst on contact and completely disintegrated the fuselage. What is thought to be 30mm projectile entrance damage is more likely to be exit damage associated with missile shrapnel exiting the airframe after having passed through the cockpit area. The larger voids likely represent cockpit equipment that was blown out the port side due to the missile blast.

A mixed load of explosive and incendiary rounds is normally fed in an alternating sequence. Any incendiary cannon fire that reached the cockpit area would likely have ignited a fire. The video image of the aircraft descent shows no sign of fire until after aircraft impact with the ground.

Aircraft cannon normally fire in bursts in order to place a cloud of lead on the target and ensure a hit. The damaged port side cockpit fuselage clearly shows evidence of multiple impacts. Why is it that the port wing surface shows only a single bullet graze?

The port wing graze also serves to rule out a missile fired from Mayak. Image 13 shows the direction shrapnel would have taken if fired from a position on the aircraft beam. Since the missile is designed to explode above with the shrapnel blasting down, it is evident that a missile interception from the Mayak position would have caused damage to the wing surfaces and likely ignited a fireball at altitude. Witness reports indicate the plane breaking up in the sky but they do not report a fireball.

Image 14 shows the approximate direction of missile shrapnel if the missile had been fired from the UAF Buk position in Avdiika. Again, since the missile is designed to explode high and project shrapnel down and forward, an interception from Avdiika would likely have destroyed the tailplane and adjacent surfaces. Imagery from the debris field shows these aircraft components to be largely intact and unmarked.

Image 15 shows that a missile at the Shakhtars’k position remains capable of an interception even if the course track is displaced to the Northeast. While the course of 118 degrees was reported by flight tracking services, the exact alignment of this track in relation to the ground has been subject to various interpretations.

Image 15 shows all possible variations. The lower of the three course lines represents MH17 passing to the south of Horlivka. The middle track represents MH17 passing directly over Horlivka, while the most northerly track represents an alternate alignment with the extant debris field. In each instance an interception by the Buk position south of Shakhtars’k is possible. Note that in each case the missile would intercept on the starboard side of the cockpit.

When the Telegraph site is superimposed on the map (see Image 16) it is clear that a Buk TELAR deployed at Snizhne would not have been able to intercept MH17 at the calculated point of missile impact. If a Buk TELAR was located exactly at Snizhne it would have intercepted MH17 in a head on position. The resulting damage would be very different from the observed damage.

No evidence has been offered to show that the rebels captured a complete Buk M-1 system. What evidence does exist suggests rebel capture of a single TELAR from a Ukrainian military facility in Donetsk. There is no evidence that this captured system was in working condition. Most military forces are trained to destroy, or disable, equipment about to fall into enemy hands. It is therefore highly likely the TELAR captured by the rebels was inoperative. This explains why it was immediately moved east rather than being deployed to protect Donetsk from air attack. There is no evidence to suggest the rebels acquired a Buk search radar unit, or a Buk command post vehicle.

Lacking search radar capability, a Buk TELAR deployed at the Telegraph’s reported position south of Snizhne would have a maximum radar search radius of 42 km. Its radar would be unable to see any aircraft beyond this distance. As image 16 shows, MH17 was struck by a missile when it was more than 50 km from the Telegraph’s Snizhne position. At 33,000 feet, MH17 would not have been visible to the naked eye. The aircraft would not have been audible. The question which needs to be asked is “How did the rebels manage to identify a potential target outside the acquisition range of a Buk TELAR radar, and beyond the limits of visual range?” Perhaps the rebels are telepathic. Even if the rebels had telepathic powers, the range of the Buk missile is limited to a 35 km radius. If it was an older system (and much of the Ukrainian equipment is old, outdated, and in poor repair) the missile range would have been limited to 30 km. The damage evident from debris field images does not match the damage expected to be caused by a missile impact from directly ahead, or from slightly to port.

Finally, if a missile had been fired from a position close to Snizhne, it is likely the citizens of Snizhne would have observed and photographed either the missile launch, or the missile emplacement. The fact of the captured Buk’s passage east has been well documented. Why are there no images of the rebel missile and its impressive launch contrail? Why is it that neither the BBC, nor the Telegraph reporters, both of whom undertook extensive surveys of Snizhne, and the area south of Snizhne, were unable to locate a single local eyewitness to the alleged missile launch events?

The reason no evidence was found was because the missile that downed MH17 was not fired from Snizhne. 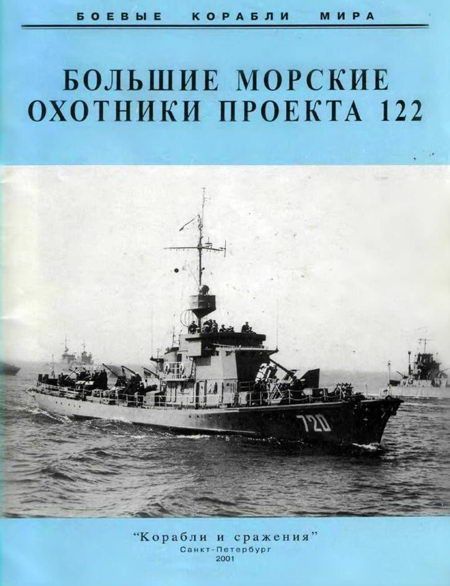 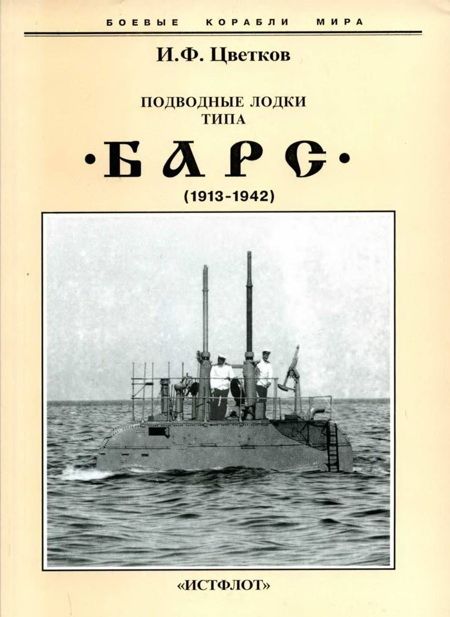 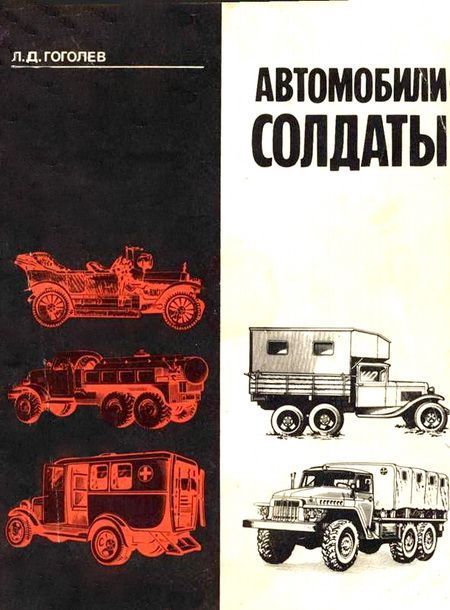 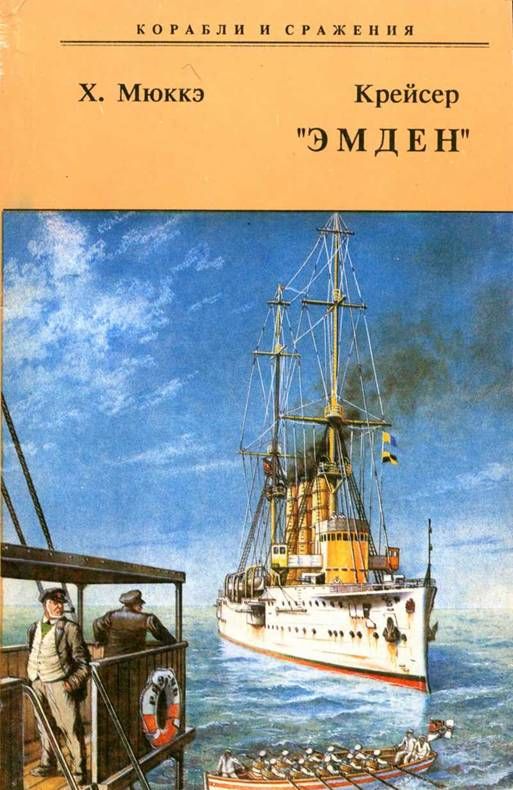